Eleanor & Zach met Doug for the first time today. It only took an introduction for Eleanor to decide she liked him and felt very comfortable around him (she is one of those children that is social, which is nice in most situations, but the fact that she would walk off with a stranger without thinking twice scares me). Zach on the other hand needed more time to warm up to him, which did happen awhile later.

It snowed at least 8-10 inches today. Zoe, Emily, & Aly had fun playing outside and making a snowman. It's quite an impressive snowman! 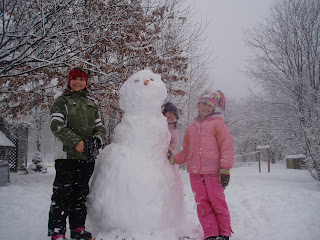 Eleanor & Zach played outside, too, but not for as long and they only went out once whereas the older girls went out a couple of times.

Mom, Donna, Doug, Phil, & I played a game of Phase 10 this afternoon. It takes a lot longer to play the game with 5 people! But it was a lot of fun. Mom was the winner. Zoe was bummed that she didn't get to play, but she was watching "The Secret Garden" when we started the game.

Zach fell asleep while we were playing cards and while he was watching Dora. He is just in heaven when he gets to watch Dora! Can you find him under the blanket and pillow? 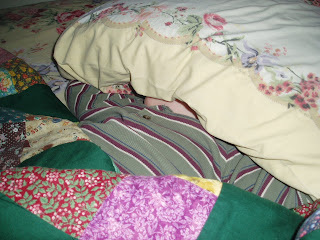 I found out today that our Primary President's mother passed away yesterday morning.

Matt spent most of the day playing and working in the snow with his friend, Don. He joined us for dinner at my parents' home and then our family headed home. I took these pictures as we were leaving. 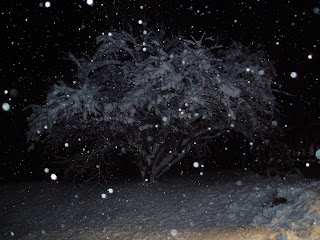 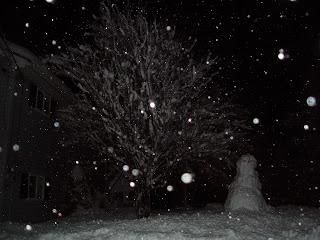 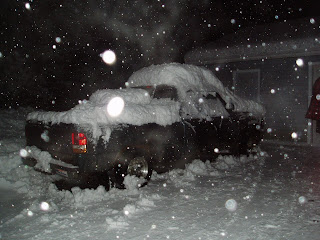 the snow is so pretty - what a great snowman!

Beautiful pictures of the snow.

I'm glad Doug's fitting in. That's fun to get a new addition. Guapo's brother is getting married in Sept. I can't wait to meet the lucky girl!

Love the picture of Zach.