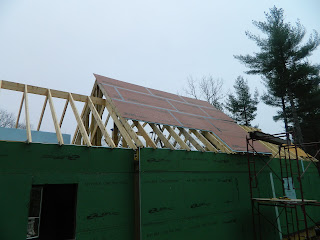 More has been done then this picture shows.  All of the middle section on this side is done and a bit of the section on the left is done. 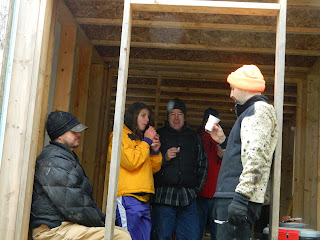 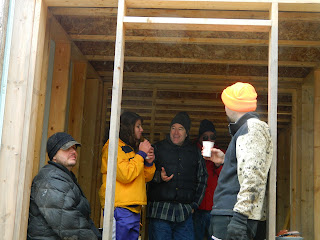 The only picture I got at the parade of lights before my camera batteries died. 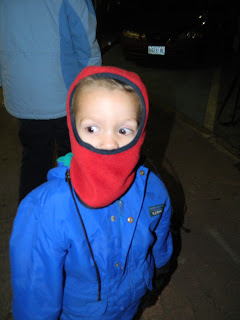 Why lay on the comfy couch or bed when you can lay in a box? 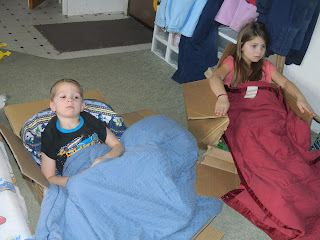 Today was Noah's day to pick something fun for us to do.  McDonald's!  He suggested that we go to McDonald's and then go to lunch with Grammie to Govenor's and then go to Great Grammie's apartment, but we only made it to McDonald's.
Noah wanted to rule the day on Friday, but that didn't work out, so he has been waiting awhile to have his day.

Both Zoe & Emily did great in their games today against Ellsworth! We won both games!  That is a big deal because we never win against Ellsworth!  Zoe's game was the most exciting!  It was a close game until the end when we pulled ahead by 6 points or so to secure our win.  Sweet!  Zoe stole 3 balls and made a left handed layup after one of the steals.  It was beautiful!  Emily played great defense today!  Patti came to watch the games with me, Eleanor, Zach, Kate & Noah and we had a great time!  Yay Bucksport!
Posted by Unknown at 9:53 PM