Proud of our Lady Bucks!

We spent the morning at the auditorium watching our Girls High School Lady Bucks! 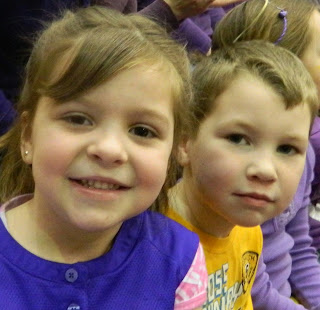 Noah was less than thrilled to be there. 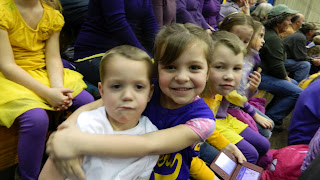 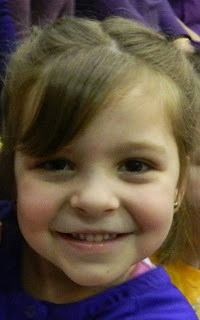 Friends found us during the second half of the game. :-) The kids were interviewed and they were on our local news this evening! You can watch it here. 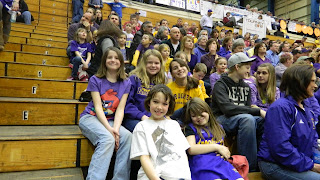 Zoe sat with her friend, Breana.
We stayed for another game after the Lady Bucks lost their game. :-( My kids were barely interested in our game, so there was zero interest in the second game. Game?...What game? 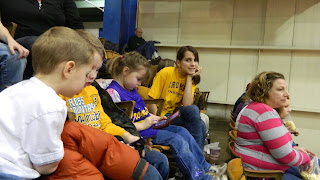 I took the kids to McDonalds after the game. Zoe had gone over to Breana's house, so the kids fit in these fancy seats. Fun! 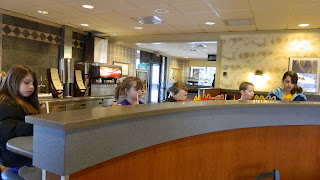 Zoe & Matt went to Young Women's this evening for a Father,Brother/Daughter,Sister activity. Zoe concluded from this activity that she knows her Dad, but her Dad doesn't know her! Zoe came from behind and won the game (Yay Zoe!) by stating in order the 3 wishes her Dad has for her. 1) Marry in the temple 2) Receive a good education at Utah State 3) Have a lot of kids
Posted by Unknown at 9:25 PM