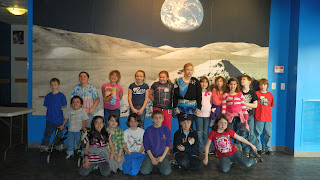 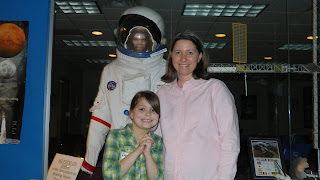 It was one of the best field trips I have been on. It is a hands on place and the kids were busy doing different activities. We ate lunch when we first got there. Then the class split into 2 groups. Eleanor's group started in the Mission Control Room. Eleanor and Autumn were partners for the day. Here they are at the navigation center. 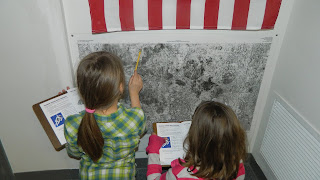 I didn't get a picture of them at the visual reaction center because I was busy helping them, but I took a picture of one of their classmates. This activity showed how astronauts in space have to adjust to a new environment. The kids tossed bean bags in the square, then they put on special goggles and spun a few times with their eyes closed and then opened their eyes and tossed more bean bags into the square. These bean bags went to the left and hit the wall. 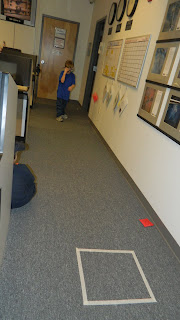 At the geology center, the kids tested rocks to see if any were magnetic. 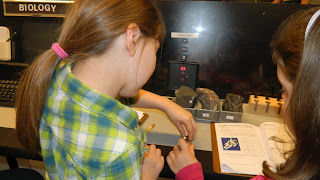 They tested different materials to see what would make a good spacesuit to protect astronauts from radiation. Right before I took the picture, a fake siren went off warning that the radiation level was too high in the pretend space shuttle that the other group was in, so it would be landing soon. 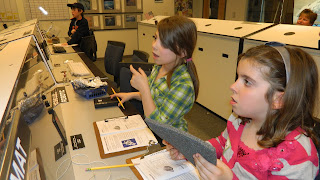 At the communication center, the kids put on a headset and read space fact cards. When they were done, they recorded the time that their communication ended. 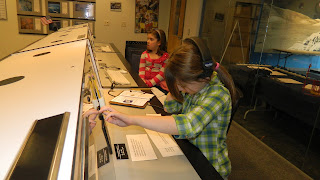 Then it was time to go into the pretend space shuttle, which was headed for the International Space Station. 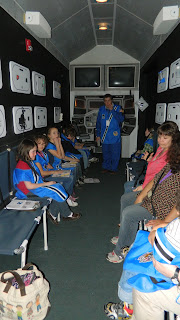 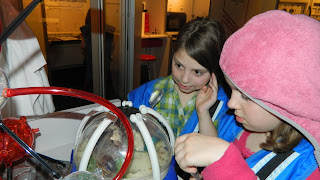 The kids worked in contained environments, which is a challenge! Here is Eleanor creating a pattern. 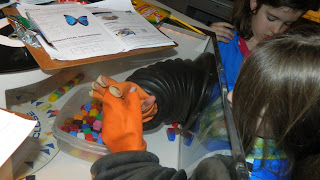 Eleanor and Autumn didn't have time to test the probe parts, but here are all the kids learning about the activity. 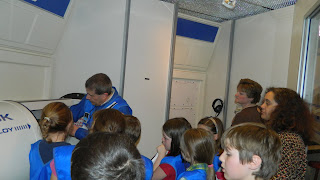 Another contained environment. The girls worked together to make a puzzle. 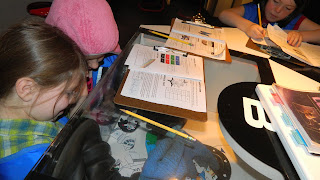 The kids did the spectrum activity together. 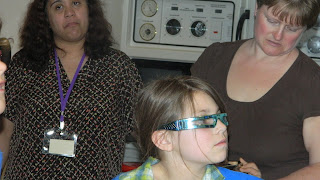 Here is Eleanor checking her pulse at the medical test center. 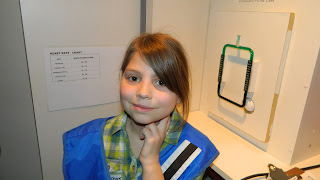 She proved healthy enough to exercise. :-) 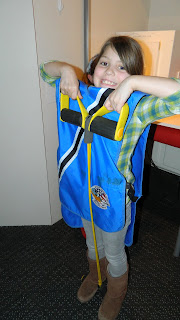 The robotic arm was hard! This was the last activity for the day. 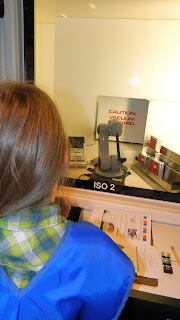 Emily spent her day close by at Starbase.
Posted by Unknown at 9:30 PM

Happy late birthday Zoe! I'm glad she had a great day and all of her food and phone dreams came true :)