The Easter Bunny came! Eleanor thought there would be a rabbit in her plastic egg, but the chocolate she found was much better! 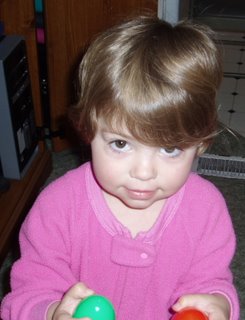 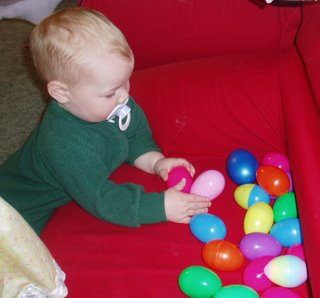 It's hard to take a picture of a moving target, but not impossible

Future model? Emily was eager to pose when I told her it was time to take her picture. 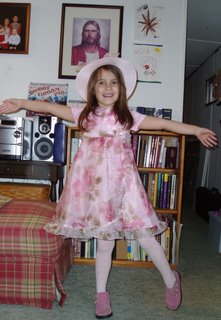 Stake conference is over, time to take some pictures... 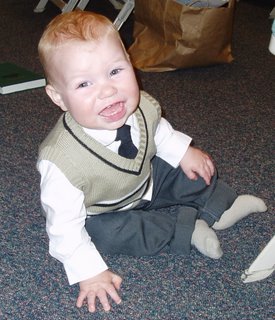 When Emily saw this picture she said, "It's perfect! Look at me." 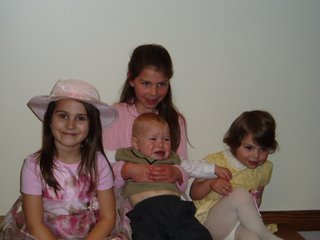 Usually we have a friend take the kids' Easter photo, but this year we ended up doing it ourselves...and this is as good as it got. At least no one is crying! 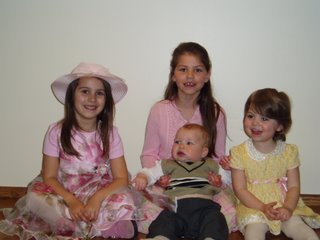 We survived our busy weekend, and I must admit it was a good, uplifting one. Our meeting this morning, the one at 8:30am with Elder Callister was excellent. I would be at the church at 6am next time if the opportunity was there. Elder Callister is fun to listen to, and I learned a lot from him. We talked with him for a minute before the meeting, we were trying to find out where the childcare was that was promised, and he asked which of our children he could take home with him. Matt of course said all of them. Elder Callister promised the children ice cream for breakfast every morning and they liked the sound of that! Then Elder Callister asked Zoe if she would mind parting with some of her hair to give to him. She wasn't too sure about that. He was very kind and told us that if there was no available childcare then we could bring the children in with us to the meeting...he doesn't know our children very well does he?! We did find the two sisters in charge of babysitting and Matt and I went to our meeting where our cups were filled.
Zoe sang in the children's choir during stake conference and she did a great job of singing and sitting for 2 hours on the stand. I'm sure it was the longest 2 hours of her life!
Posted by Unknown at 5:28 PM

Your kids are so adorable. I love each picture of them. They have such cute lil personalities as well!

Your kids are darling.